I lost my virginity in the age of innocence.

Worthy is the lamb, who was slain.


In the fake, gilded age of Trump
loathsome words bleed from 45’s mouth
oblivious to the collateral damage.


If Ivanka weren’t my daughter…


I watch Kill Bill—read a Vachss novel
detachment being key
to amputating anger.


Such a nasty woman.


Shunning invasive images, I turn
to focus on strands of moonlight
weaving through venetian blinds.

Until I took one too many steps backward,
closer to the edge of the Hoover Dam bypass,
it had been a good life.


What an odd moment to recall an albatross
named “Wisdom” being the oldest wild bird
in the world, that is, per a scientist
stationed on the Midway Atoll,


and the last movie that made me cry,
For the Love of the Game, when Billy Chapel
pitched a perfect game, then retired his arm
from the boys of summer.

I’m still falling—against the wind—
guess it’s going to be one of those days.

I wonder how old that albatross is—
they didn’t say.

Posted by leslie eugenia at 8:17 PM

During an X-class flare, a coronal mass ejection
is suspected of beaching whales in the North Sea
while a light breeze in Northern California brushes
across my face like a cobweb floating
on my optic lens, followed
by a rain of bullets falling in Las Vegas
and Maria’s powerful wind
destroying lives in Puerto Rico—
or is it winds, plural
like the winds that drove
the Wine Country fires
and the Santa Ana winds
that propelled the SoCal fires—
air and water are singular
except, there are gusts of air
bodies of water
and plural suns, if one thinks
beyond our solar system, our galaxy
our universe, our parallel universes.

On Our Way Home

What else could we do? With a tornado gaining speed behind us and US 50 aiming straight as an arrow toward the western horizon in front of us, Stefan and I joined in with Eddie Rabbit at the top of our lungs, singing “Driving My Life Away.”
Naively discarding anticipation of the unknown, mother and son had plotted an alternative route to break-up the monotony of the long drive from Arkansas back home to . Little did we know at the time, our greatest adventure would not involve anything planned. Our greatest adventure would be dictated by Mother Nature.
This leg of life’s journey began in 1960 when I was sixteen-years-old and met my birth father for the first time. Nineteen years would pass before I saw him again. By then, Dad’s health had deteriorated, so I decided not to delay introducing him to his ten-year-old grandson. With my husband’s blessing, accompanied by several safety lectures, Stefan and I began planning a June road trip to via historic Route 66. 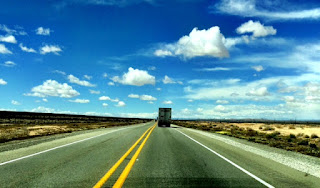 ###
On June 27, 1981, no longer estranged father, daughter, and grandson exchanged silent hugs the morning Stefan and I departed for home. Glancing back to see Dad waving good-bye from his front porch, mother and son remained silent, each lost in personal reminiscing. Once emotions were collected and tears wiped away, my official navigator reached for the road map to plot our drive back to Route 66, now US 40. After a few age appropriate expletive deleteds while wrestling with the map, Stefan instructed me to drive south to Fort Smith where we’d merge west onto US 40.
Following Stefan’s direction, I headed south out of the beautiful, albeit hot and sticky, . With air-conditioning and the Eagles at full blast, mother and son settled down for a familiar drive home. Approximately forty-five minutes later, we approached the cut-off to Tulsa. I turned the car westward.
“Hey! Mom, you’re not supposed to turn here.”
“Stefan, what would you say to no one in the whole world knowing where we are for twenty-four hours—like real pioneers?”
“Cool! Where are we going?”
“How would you like to see ?”
“Awesome!”
“We'll call your father after we get a motel room in Dodge.”
Our adventure began: east to , north to , then west on Highway 50, the so-called “ in ,” which roughly parallels the historic Pony Express Trail. Caught up in the moment of mother and son bonding, the irresponsibility of this detour didn’t occur to me.
As we approached Wichita Falls, ominous black clouds churned above us. I turned the radio on to hear a weatherman announcing the approach of a tornado and instructing locals to take shelter in their storm cellars. Stefan and I looked at each other and simultaneously said, “Put the pedal to the metal!” Ignoring speed limits, rapidly faded into the background while Eddie Rabbit belted out “Driving My Life Away.”
Now, it occurred to me that I'd made an irresponsible decision. No one, not even my husband, knew where we were. Not wanting to worry my son, I planted a smile on my face and began mindlessly chattering about how exciting it was to be surrounded by lightning bolts as far as the eye could see. And, after all, Kansans are friendly people, so if the tornado gained on us, we’d seek shelter in someone’s barn. Silently, I prayed, Dear Lord, please protect my son from harm. I promise to never do anything this stupid ever again.
By the time we reached Dodge City, none of the AAA approved motels had any vacancies. Exhausted, starving, and nerves frazzled, our only recourse was to continue cruising the main thoroughfare until we found a vacancy. Do my eyes deceive me, or... Not trusting my eyesight in the torrential downpour, I asked Stefan, “For real...is that neon sign really flashing ‘Vacancy’?”
“It’s real, Mom! Go for it!”
After securing the last vacancy in town, I parked in front of room number four. We grabbed our overnight bags, walked from the car across the sidewalk, fumbled with the door key, and entered our room sopping wet. Stefan headed straight for the bathroom. I collapsed on the nearest bed, wet clothes and all.
When Stefan emerged from the bathroom, I said we’d call his dad right after I took a hot shower. I wanted to be calm and composed while confessing to my bad judgment. As I pulled the excessively long shower curtain to one side of the tub, an image of the shower scene in Psycho flashed before my eyes. I called Stefan to come look at the shower curtain that was so long it draped across the bottom of the tub. That was all our frazzled nerves needed. Mother and son broke into screaming laughter that drowned out the loud music coming from the party in room number three. Our sides still aching from laughter, we called home.
“It’s about time you called! Are you both okay? Where are you?”
“We’re in , and we’re both fine.”
“What are you doing in ?!”
“Stefan and I thought it’d be fun to drive north to and take Highway 50 west. You know, stop off at on our way home and see a gunfight....”
And that’s what memories are made of.


My musings temporarily interrupted
of the plot in Madronia Cemetery


where “notable individuals” are interred 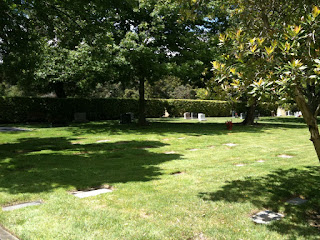 
I'm sure I'll be a noisy love-maker
said my friend, while posing for a selfie
--you know, like when you’re at a funeral
and can’t stop giggling. 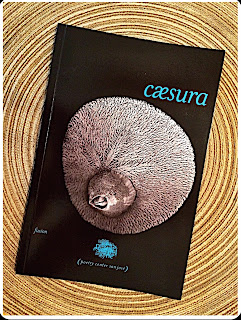 leslie eugenia
California, United States
...wayfaring poet and landscape photographer working as a writer, independent copy editor, and victim advocate. Leslie is co-founder of Laudably Tarnished, a poetry workshop. Memberships include: PenHouseInk Press; Poetry Center San Jose; California Writers Club, South Bay Chapter; and Henderson Writers' Group, sponsor of the Las Vegas Writer's Conference. Her poems, articles, and short stories have been published in magazines, anthologies, and literary journals. Her "Hacienda Bridge" photo was featured on "Oprah" in 2002. Leslie is currently working on a chapbook of her poems and a non-fiction book containing interviews of writers and artists drawn to Las Vegas, Nevada.